It’s been a long time since I’ve been working on it. Carving a spoon.

A versatile piece of cutlery that ensures that you can bring most of your food to your mouth.

In different cultures, it even has a deeper meaning than just a piece of cutlery.

Take, for example, the Tlingit, a people of the American Northwest Coast, cut out of the horn of a mountain goat and sculpted spoons. These horn spoons were among their most powerful, most intimate objects. The spoons depict supernatural and ancestral beings, natural phenomena and animal and human characters. Each handle depicts inherited stories in the form of nested combs and figures. As with totem poles, one must “read” the images from below to understand their meanings. The Tlingit used spoons like this one to serve food during ceremonies, maintaining themselves and the ancestral creatures carved on the handles at the same time.

But also, for example, the “love spoon” from Wales. Where a future husband showed his bride and/or her parents what kind of wood he was cut from. With this he showed his skills and hoped to conquer the hand of the person he loved.

Sometimes it’s also a nice way to keep people busy and bring in some money. During the Second World War, when the Finns fought with the Germans against the Soviet Union, there was sometimes some time left in the trenches. This was then filled with cutting spoons from birch wood and the spoons were sold to the government, on the (black) market or were exchanged for tobacco, drink and food. Paul Adamson has devoted a piece to this on his blog.

For me, however, it is “just” a meditative moment. After several tablespoons it was now time for a better scoop spoon. The storm on the Leersumse Veld had also ripped off a branch of a birch and it seemed to call me. I went to the workshop and found time to finally get started. Exactly what the doctor had prescribed. 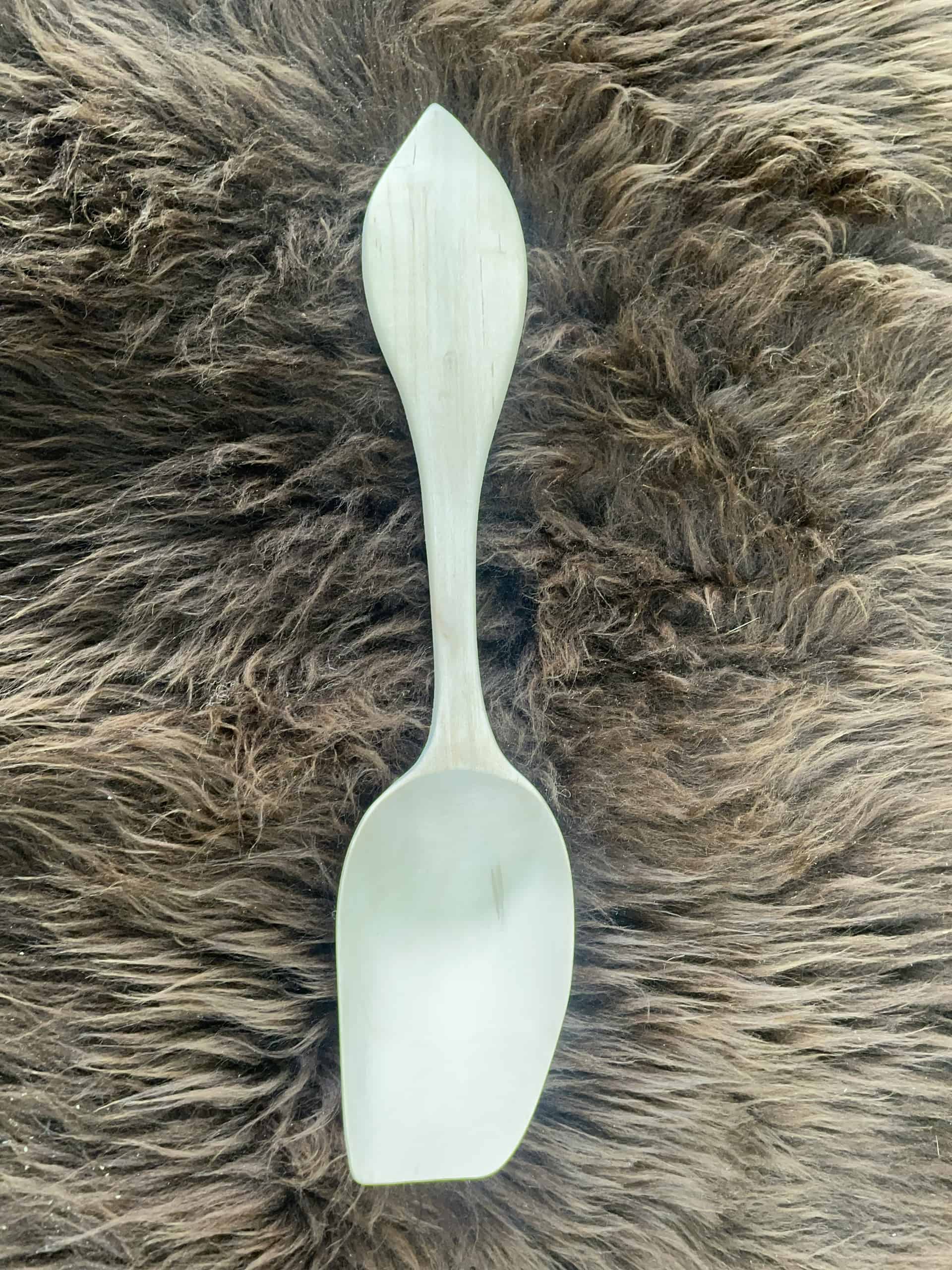 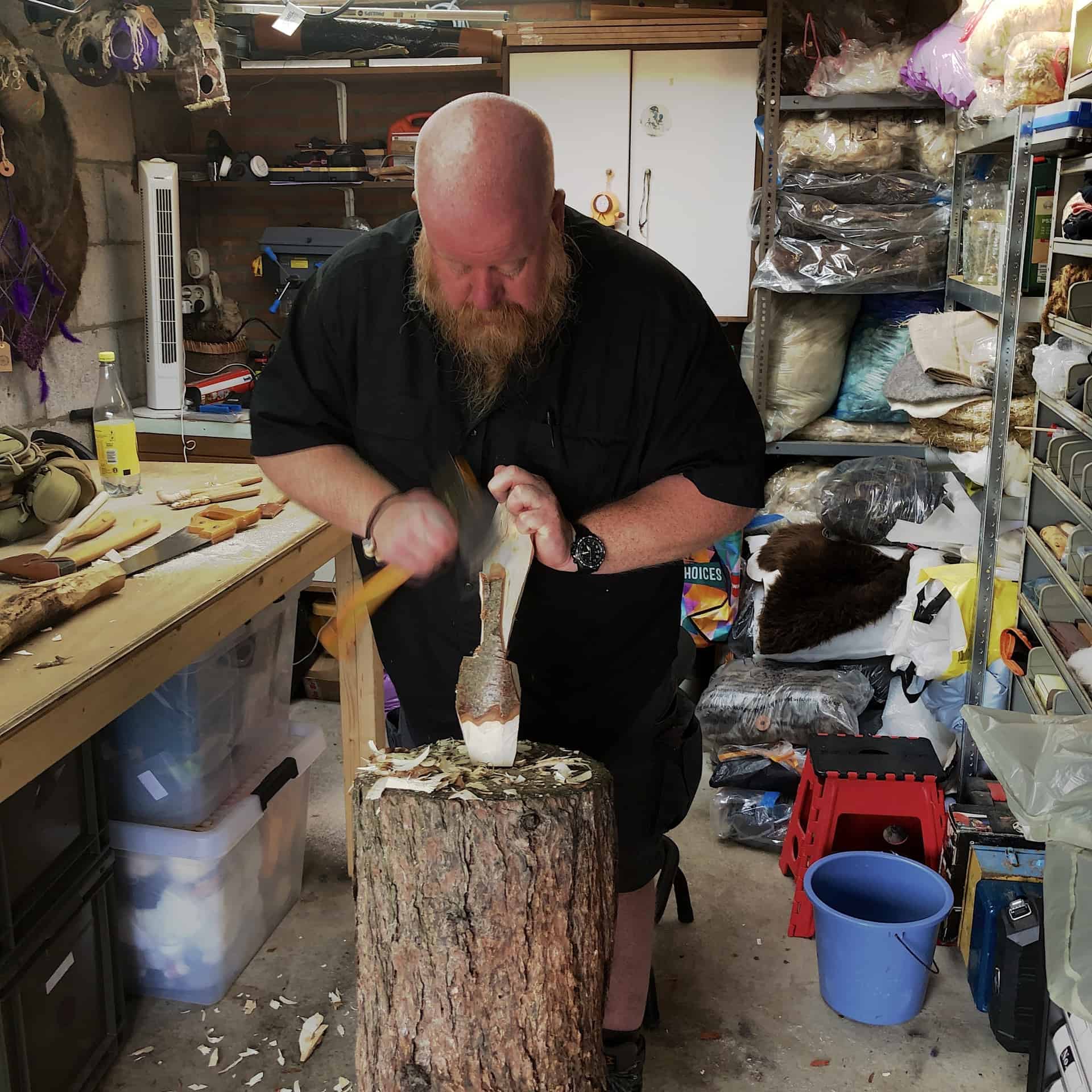 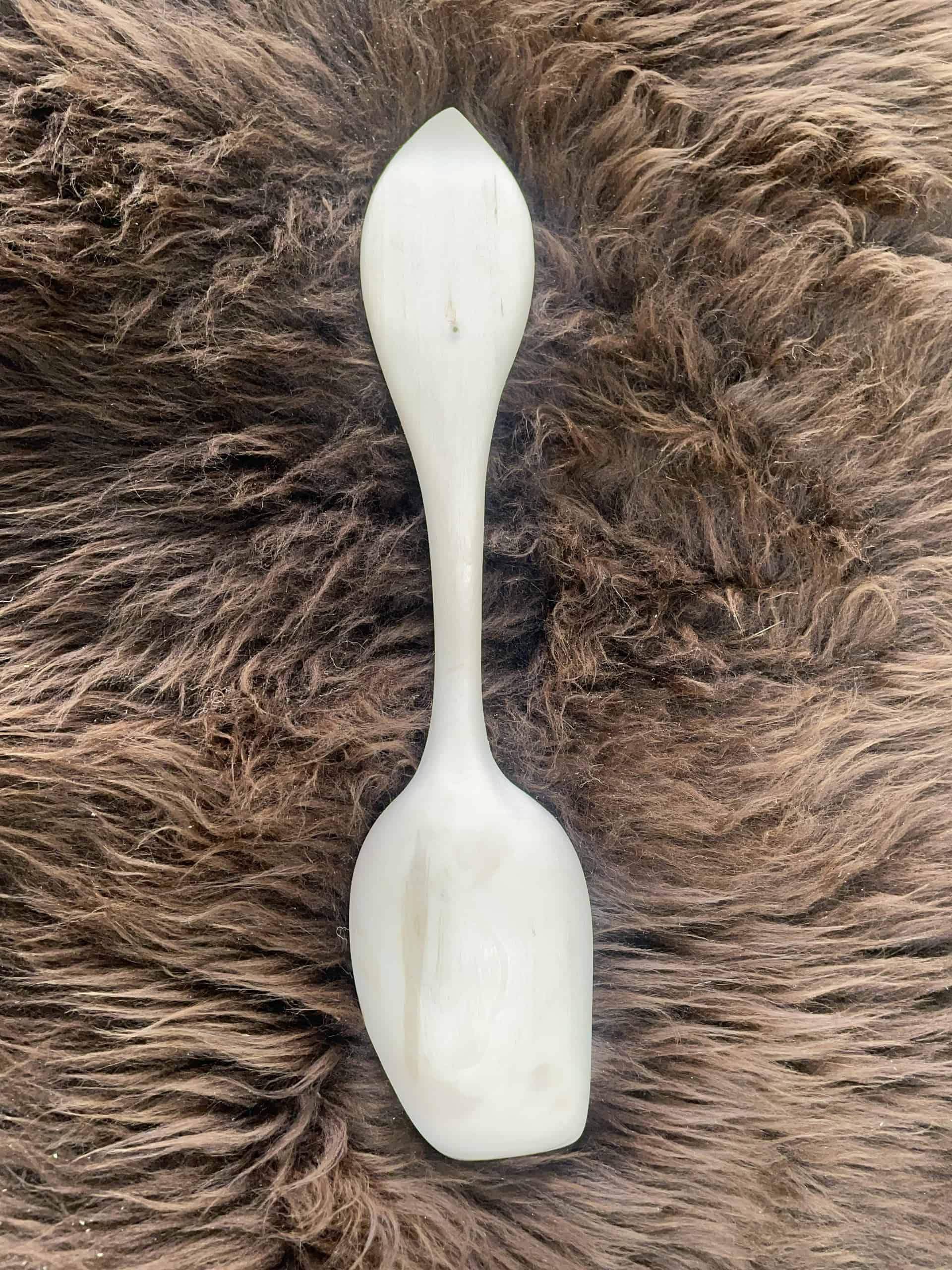 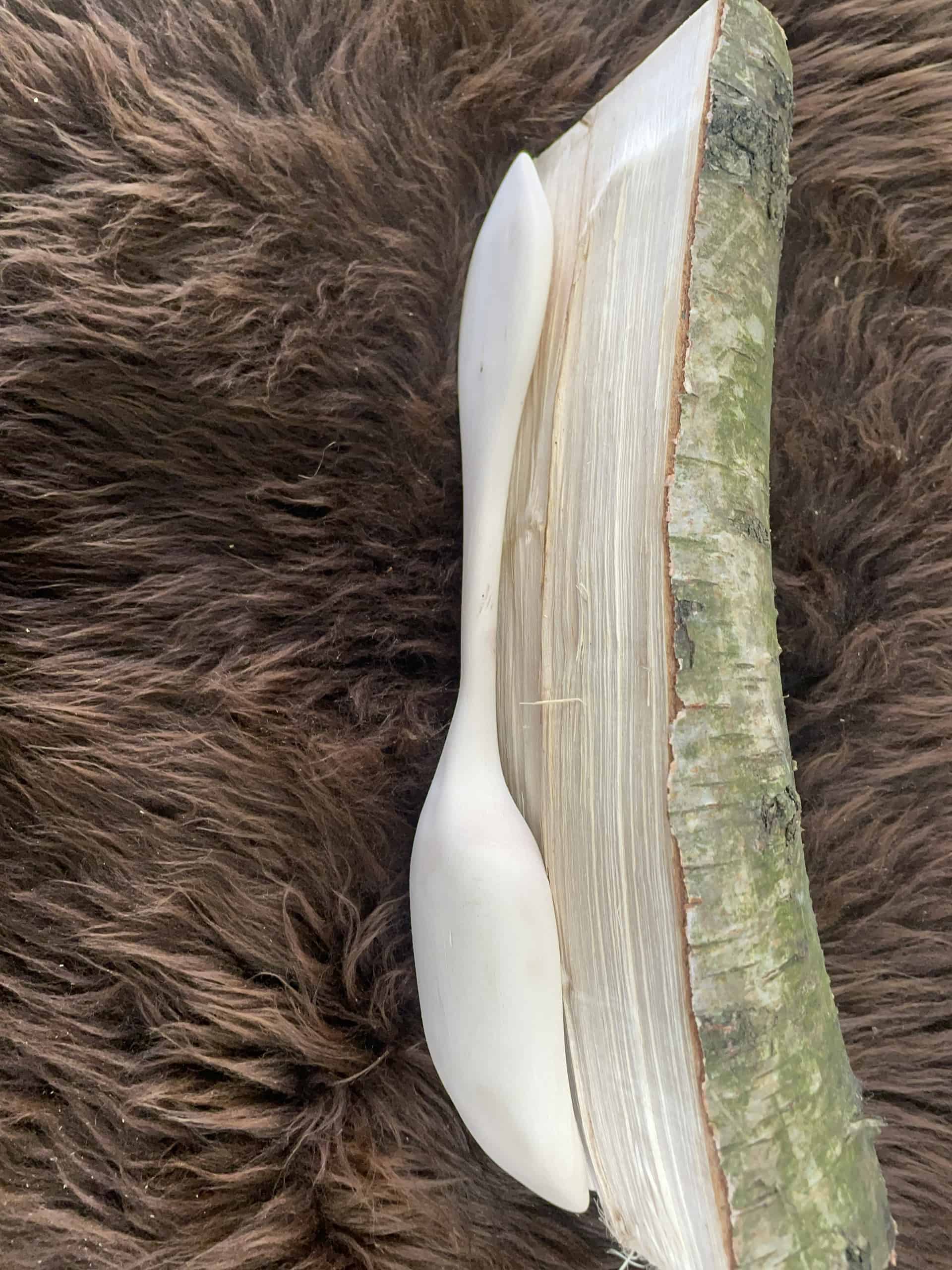