Celts and Druids; a mystical piece of history rooted in the nature around us. I have summarized my own knowledge of this people and their Wise Men below.
Although the Celts and Druids (perhaps?) chose to put almost nothing in writing, we can draw much of our knowledge from the writings of their neighbors and other contemporaries. Keep in mind that the knowledge is also colored by the vision of the notulist. I say choose it because, for example, the Ogham and the many stones proves that there were indeed writing abilities. Another possibility is that many of these legacies have been lost over the years. After all, history is often told and/or written by the victor.
Below is an explanation of what I have been able to find and remember over the years. This knowledge comes from books, visiting museums and conversations. It is therefore very difficult to give a citation of this.
The Celtic periods can be roughly summed up in the Hallstatt period which took place approximately between 1000.C BC and 500.C BC and the La Tène period which existed from 500.C BC until after the beginning of our era. On the right is a good look at how big the Celtic empire must have been. This map also shows the areas that have been able to hold it along and sometimes still use the language themselves.

In the Hallstatt period, the Celts seem to be mainly engaged in trade with their Greek neighbors. They were mainly concerned with extracting salt, which at that time is a very good thing. They were also masters at iron processing. Through this flourishing trade, a lot of wealth flowed in the direction of the Celts. This can be seen in the valuables we find in the burial mounds. At that time, the Celts were one of the first peoples in Europe to bury their dead instead of burning them. 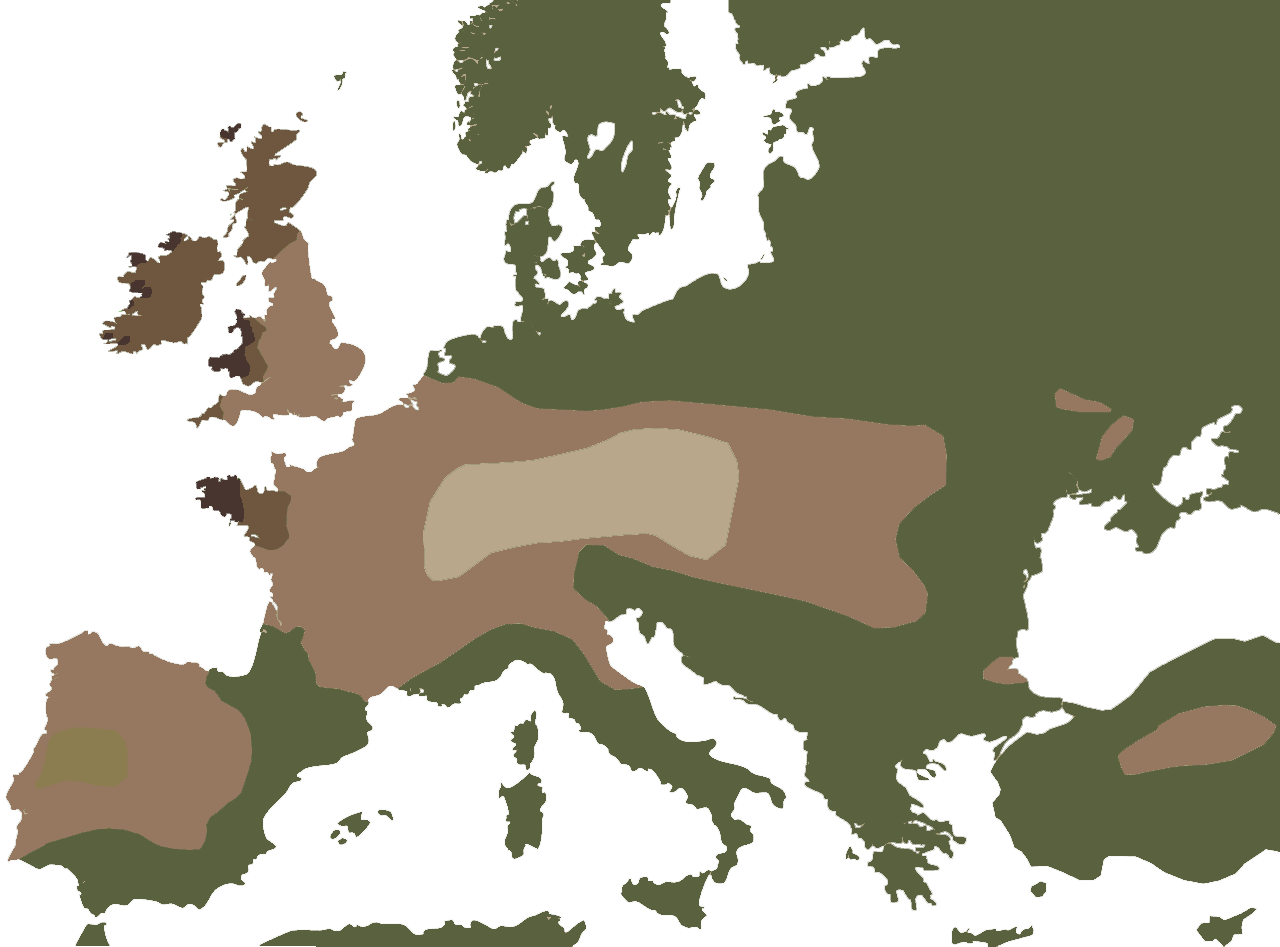 From the La Tène period this changed. Trade seems to have become less important and they are using their forging qualities by making weapons. With these weapons, they conquer large parts of Europe.
These La Tène Celts used chariots in addition to their swords and are seen as the inventors of chainmail. They also distinguished themselves by the use of soap, Greeks and Romans used oils and scrapers, and started wearing trousers.
Because of the urge to expand, there were not only mutual battles between different Celtic Clans, but they also found new enemies in the German and Romans. Around 390.C BC they even managed to conquer Rome and hold out for a few months. During the Gallic war of Julius Caesar, revenge is retaliated for and the Romanization of the Celtic tribes begins. 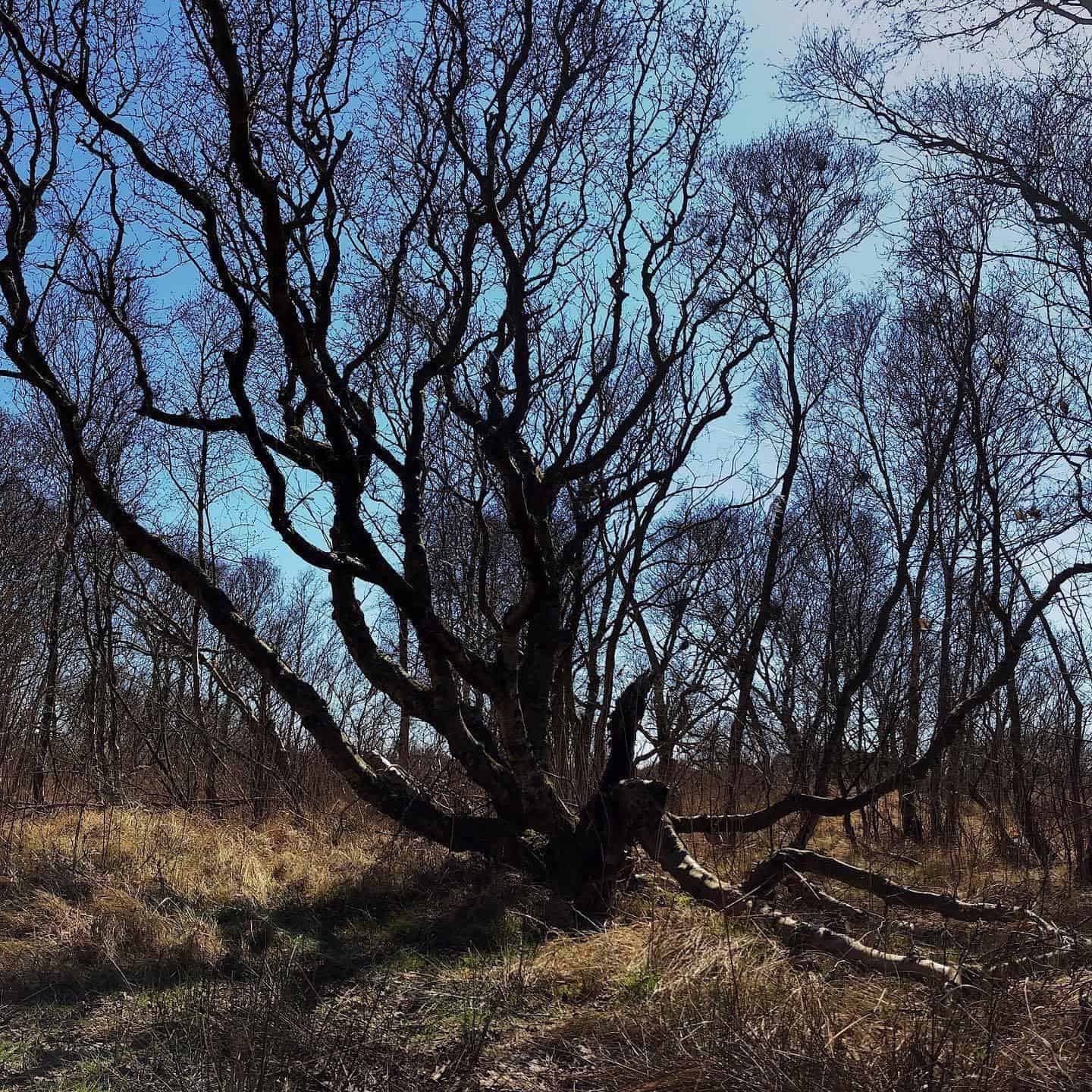 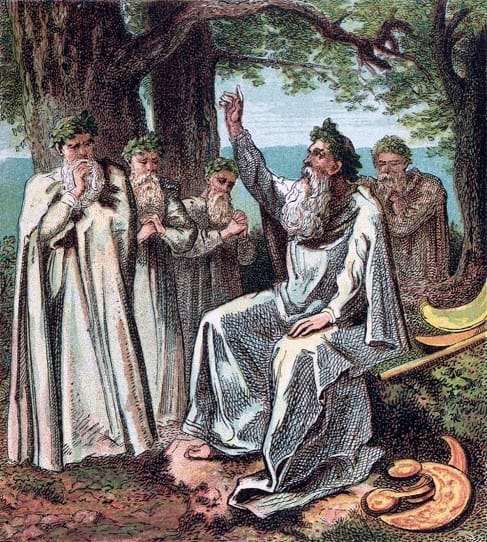 Although the origin of Druid religion is still being discussed, it is certain that this is only adhered to by the Celts. Julius Caesar wrote, for example, that the Gallic Druids were educated in Britain. He also suspected that the origin of Druidism can be found there. Other historians suspect it originated near the Black Sea. I’ve never been able to find any evidence of either claim. However, it is clear that it stretched from Ireland to Turkey.
During the days of the Great Roman Empire, Druidism is increasingly and often suppressed. The subsequent rise of the Christian faith is almost the final blow to the Celts and Druids. As Europe slowly moves towards the Middle Ages, part of Druidism is ent into the Christian faith.
It was by what later turned out to be the wrong conclusion of scientists and writers in the 18th century that megalithic structures such as Stonehenge would have been built by druids. That there has been a resurgence in Britain. As we now know, these structures can be traced back to about 2 thousand years earlier. From this period also comes the image that the Druids would be old men with long gray beards. Fortunately, the misconceptions of that resurgence have since faded away from contemporary Druidism. And is therefore Druidism now accessible to women, children and men. And there is no longer any need to have a Celtic background.
Although the Celts and druids chose to capture as little as possible, or at least little more of this can be found. Can we still distill a lot of information from the writings of their Greek and Roman contemporaries. The manuscripts of medieval British and Irish monks still tell stories of Celtic legends. As well as the archaeological finds that have been made there and are still being excavated. The Ogham can also provide us with some information.