The bark basket is an elegant way to transport your valuables safely over longer distances. A smaller version was often used for collecting berries and fruits. While the larger versions act as full-fledged backpacks. Versions used as backpacks often have reinforcement on the sides. This is also the perfect place to attach the carrying straps.

Always be very aware of why you make or need this bark basket. Making these baskets always means the end of the tree. Take advantage of storm damage, for example, to practice this technique and create a very durable variant. I made several spruce bass baskets with all the bindings made with roots of the same tree. This was learned during the Living by Nature year course, and I know that sometimes they also have bark basket masterclasses.

These bark baskets, when seams are sealed with pine tar, can even be used to transport water or other liquids. If you put hot stones in it, you can even use them to boil water. Birch bark, from colder areas, is also a very nice material to make baskets with. I’ll discuss this in a later post. 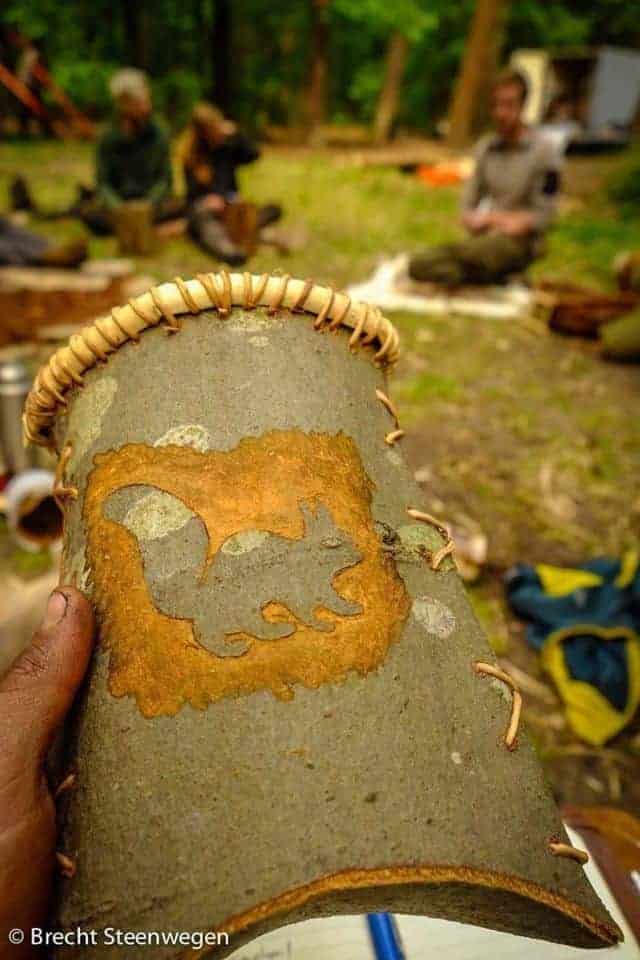 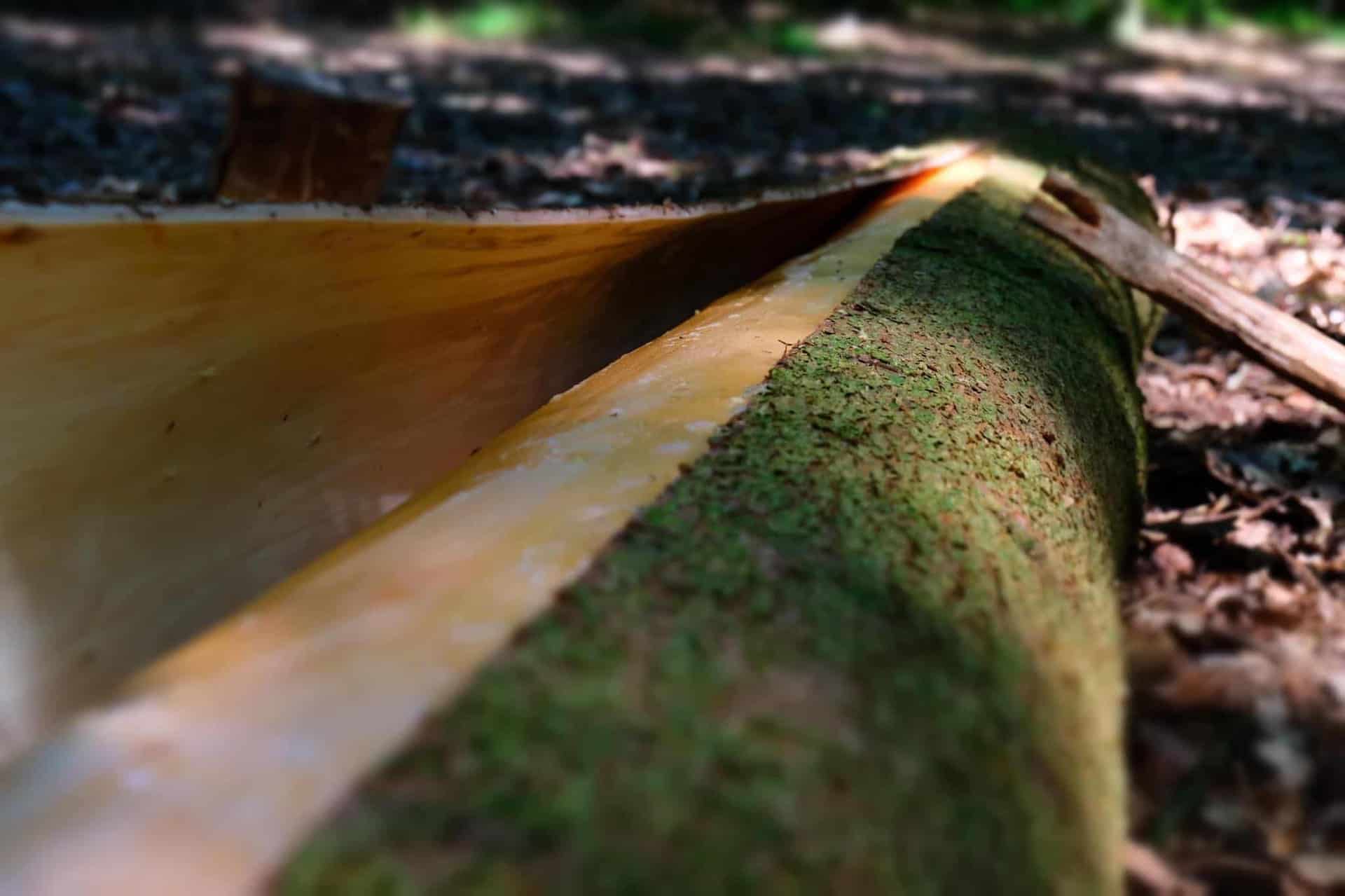 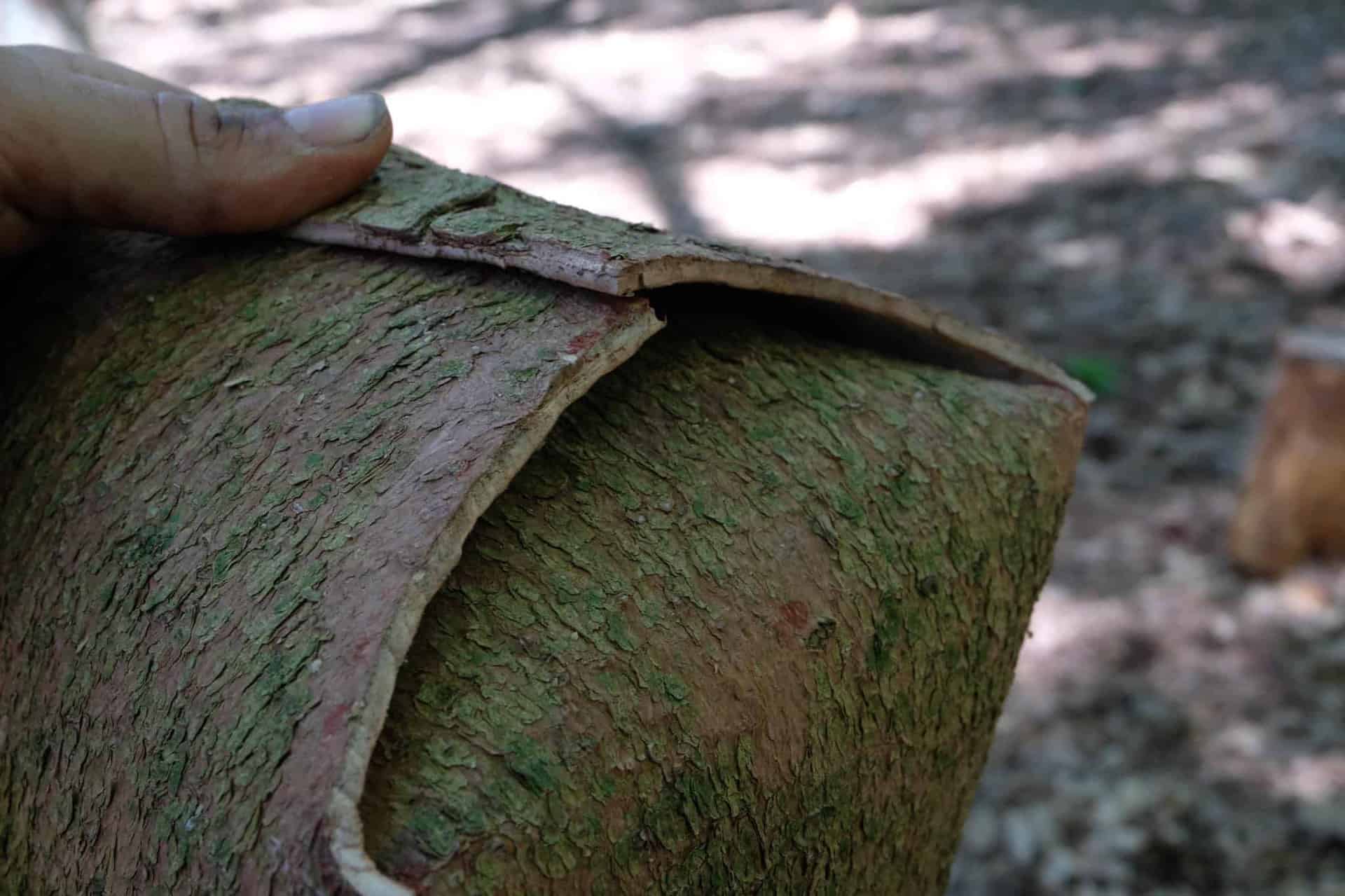 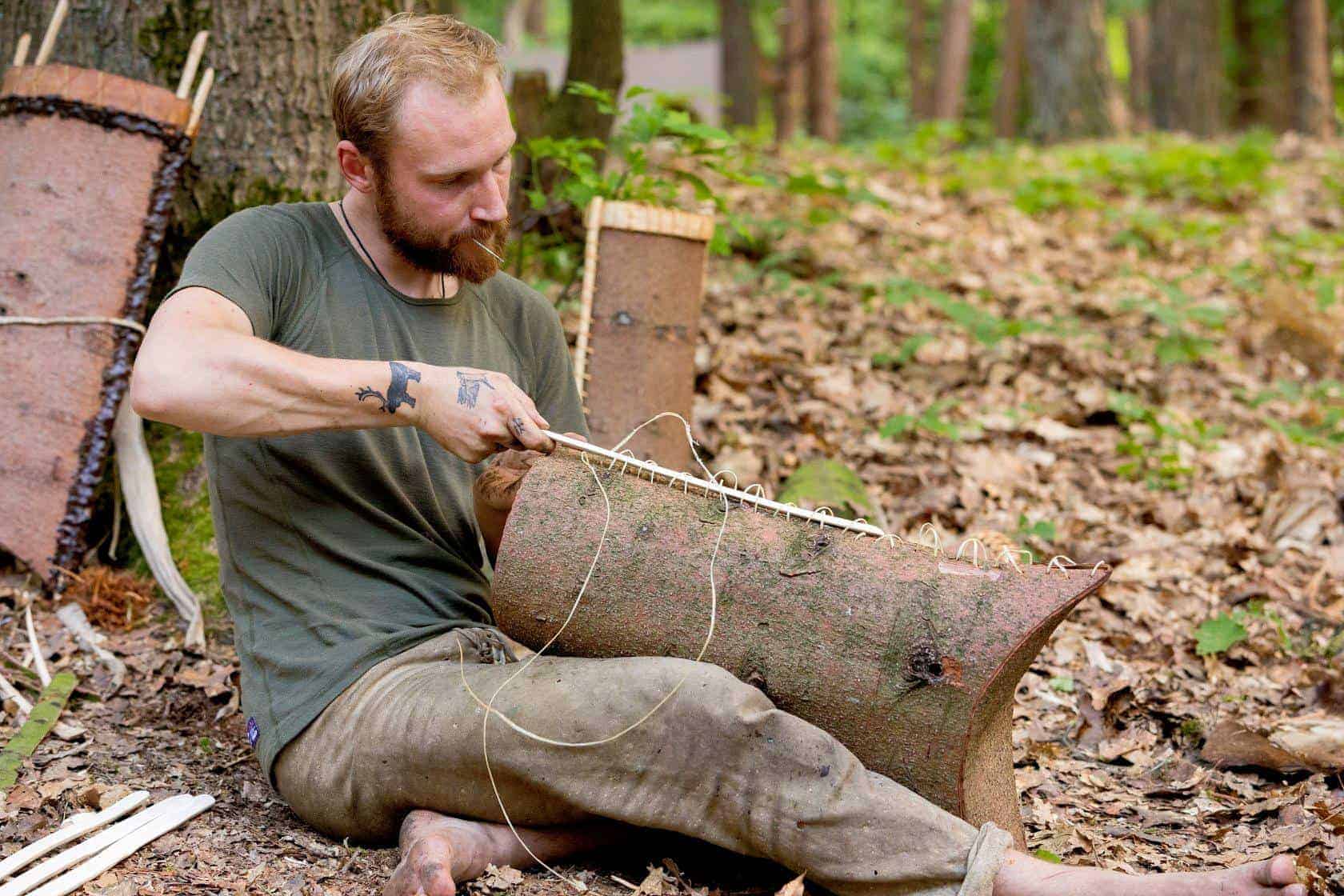 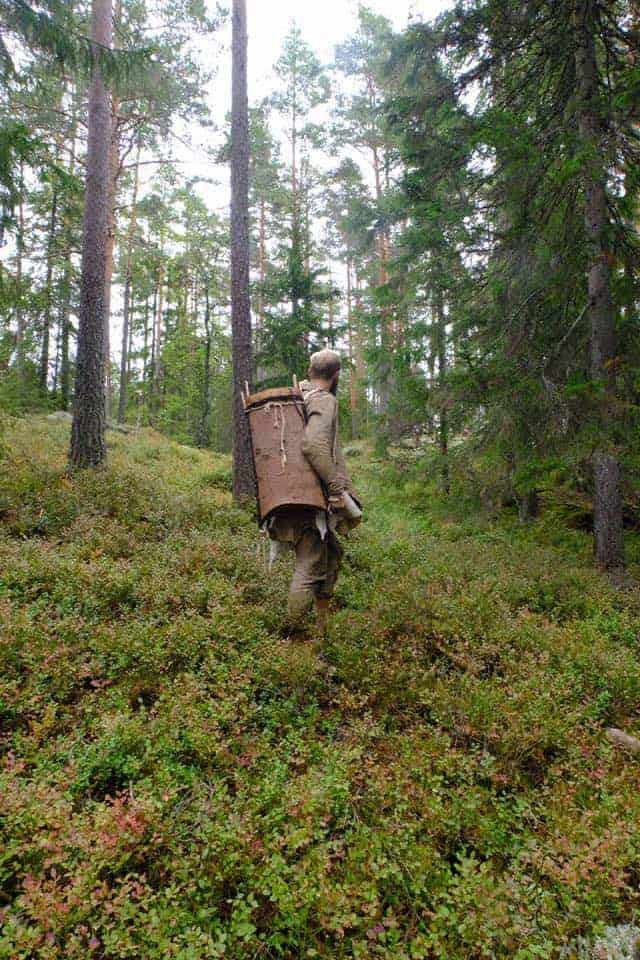